Hi, and thanks for having me here today. I’m going to share a little information about my latest release, The Doctor’s Orders, available August 20 from Dreamspinner Press and wherever books are sold. 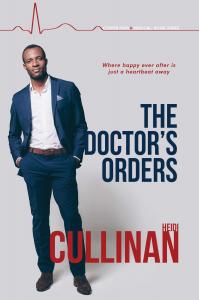 The Doctor’s Orders is book three in the Copper Point: Medical series, the final book in that trilogy. In this installment, we get to know Jared, an openly gay pediatrician, and Nick, the very closeted CEO of the hospital. Though Nick and Jared secretly dated in high school, it was clear nothing was ever going to happen between them again…until Jared and Nick are trapped in an elevator together, where sparks fly.

Copper Point may be known as a small northern Wisconsin town famous for not wanting to change, but things are certainly shaking up at St. Ann’s Medical Center, the city’s quirky, county-run hospital. Secret romances, fake relationships, second chances at love, scandalous liaisons in an elevator—all while longstanding and shockingly deep corruption are exposed. St. Ann’s young new leadership and upstanding team of doctors will lead the way to truth, and to love.

Here’s a little snippet from the book, including a scene in said elevator! I hope you enjoy this excerpt, and I hope you give The Doctor’s Orders a try!

It was something about the darkness, Jared decided, making them both come undone. Part of him wanted to pull away and demand answers—what was Nick thinking, kissing him like this not once but twice, where did he intend to take this?—but he couldn’t bring himself to do anything but respond to Nick’s slow, steady burn of desire.

Couldn’t do anything but answer with the flare of his own.

They were both burning, all right. Jared didn’t know where the man had practiced his kisses—honestly, he didn’t want that question answered—but whoever had taught him, Nick had been a good student. This kiss was slow and tantalizing, Nick drawing on Jared’s lips before delving inside, his tongue playing lazily along Jared’s own, as if they were tucked away in a bedroom, not trapped in a perilously balanced elevator shaft.

Nick ran his fingers along Jared’s jaw, breaking the kiss long enough to smile. “Your beard tickles when I kiss you. Not used to that.”

Why did it feel so hard to breathe? “I’ll shave it.”

“Don’t.” Nick nipped at his chin, then kissed the underside of his jaw. “This is good too.”

Everything felt so surreal. Jared tried to float on the moment, but when the banging below them became too loud, he tensed up more and more, and when the elevator jolted once again, he cried out, clenching at Nick’s shirtfront.

Nick tucked him in close, threading fingers into his hair. “It’s all right. It’s going to be all right.”

“I was going to go to bed,” Jared whispered into Nick’s neck. “But I needed a ride home, and I was lonely, and so I said I’d go home with Owen and Erin.”

The hand in his hair kneaded gently. “I’m sorry you were lonely. I don’t want you to be.”

Do you understand you’re part of the reason why I am? Except that wasn’t fair. It wasn’t Nick’s fault Jared couldn’t let go. Though this elevator interlude was setting all his progress back twenty years and then some. “What’s going to happen when we get out? Are you going to pretend this didn’t happen?”

Jared’s heart beat faster. He opened his eyes, but he couldn’t see anything. He could smell, though. Nick’s scent, his cologne, the spicy Nick-ness of him everywhere, in Jared’s nostrils, on his tongue. He wanted to dive into that, but he wanted answers more. “What does that mean, no? What’s going to happen between us now?”

Other books in the series: 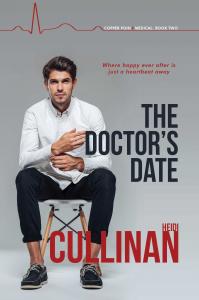 Author of over thirty novels, Midwest-native Heidi Cullinan writes positive-outcome romances for LGBT characters struggling against insurmountable odds because she believes there’s no such thing as too much happy ever after. Heidi is a two-time RITA® finalist and her books have been recommended by Library Journal, USA Today, RT Magazine, and Publisher’s Weekly. When Heidi isn’t writing, she enjoys cooking, reading novels and manga, playing with her cats, and watching too much anime. Find out more at heidicullinan.com.